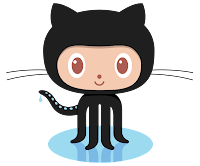 Let me introduce the various libraries to you.

https://github.com/Weswit/utility-toolkit-javascript
This is the core of all the other projects. It contains different kinds of classes that are exploited by the other libraries:


Excluding most of the simple helpers, the above modules can also be used inside Node.js and potentially any other JavaScript environment. See http://requirejs.org/docs/node.html

https://github.com/Weswit/utility-logging-javascript
This library exposes a set of logger facilities that can be used to write a logging-library-agnostic code: using the LoggerManager class, the code will be able to flush its log even if no logging library is available. Then, implementing the Logger and LoggerProvider interfaces, it is potentially possible to wrap any 3rd-party logging library, making it easy to switch from one library to another. The LoggerProvider can also be specified at runtime. A ready-made simple implementation SimpleLoggerProvider is already provided with this library.

This approach to logging actually originated from our .NET client library: at some point we wanted to ditch the log4net dependency but also wanted an easy way to attach it back to consume our library logging. See http://www.lightstreamer.com/docs/client_dotnet_api/Lightstreamer_DotNet_Client_Log_ILoggerProvider.html
This library can be used inside Node.js and potentially any other JavaScript environment.

https://github.com/Weswit/utility-test-javascript
There are several Unit Test frameworks around but I never found something I was willing to integrate in our environment. This test framework is very simple but has some advantages: it can run on both browsers and Node.js and can run both Unit Tests and Integration Tests, as a test can also be completed asynchronously. This is perfect for a framework like Lightstreamer, where you have to run many integration tests along with unit tests to verify that everything is working as expected. Each test is also isolated in its own module making it easy to mantain a full set of tests.